Where to put the privy?

Home › Hiawassee Project › Where to put the privy? 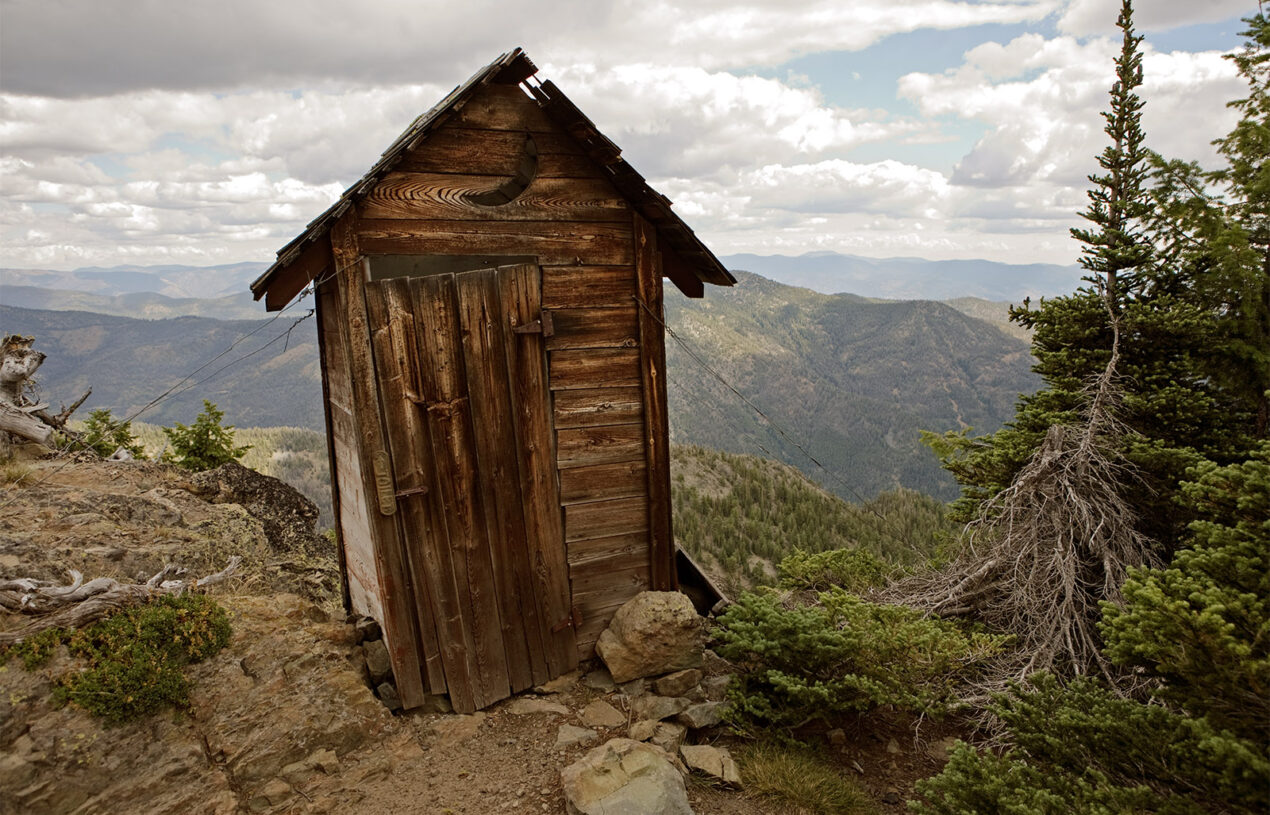 Where to put the privy?

As I’ve been visiting my site on a more frequent basis, the need to establish a semi-permanent privy has become more apparent. During a recent trip, I decided to do some reconnaissance with the intent to find an ideal location. The design specs are impossible to achieve. First, the location has to be close enough to camp to be convenient. But, second, the location has to be far enough from the camp to provide adequate privacy for the relevant personal business.

As mentioned previously, my camp is located on the spine of a minor ridge. Just to the north is a hollow that I have been down a time or two, but not fully explored. It falls away from the ridge rather steeply and it seemed to me that there might be an undulation of the underlying geologic formation that would serve well to mark out the confines of a bathroom.

Upon further exploration, I indeed found such a location. There is a spot, just a small nubbin interrupting the otherwise steep, smooth, and dominant gradient that becomes almost level as if a kind of platform jutting out from the side of the mountain. Moreover, the curve of the land obscures the platform from the camp so that it is both close and invisible to those wandering around up above — the perfect location for a privy!

Of course, due diligence requires a proper site inspection. One thing of note is a rock, perhaps fifteen feet away, protruding from the slope, even overhanging to a small extent. Further investigation leads to further curiosity. It seems to me that this overhang has been used. Maybe not recently. Maybe not heavily. But, it has been used. There are no feathers or bones. But, the leaves do not lie undisturbed, as if they had been deposited by the wind. No, they have been pushed aside here and there.

So, I look downslope. It is faint. I tried to take a picture of it, but without the larger forest context, one cannot see what I could see, namely that there was a path leading from the rock down the mountain, perhaps thirty inches wide or so. So, I turn and look uphill. Now primed to see a pattern, another appears. I am not the first to have walked the path I have just walked. Someone has been here before, and on a regular basis. Again, it is faint, but it is there: the disturbance of the leaves; the path nearly level with the contour, but not quite; the gap of vegetation, again no more than thirty inches wide.

I guess he or she may have moved out when I moved in. After all, every other weekend or so I make a horrendous noise with chainsaws and such like. Who wants to live next door to that when there are 10,000 undisturbed acres nearby? But, whether or not the den has actually been abandoned, I cannot imagine my privy will get any use once it is known that it it has been placed on the former homesite of one called Ursus americanus, the American black bear, especially after the sun has set and the woods take on their typical evening noises.

I guess I should look elsewhere to build the privy.