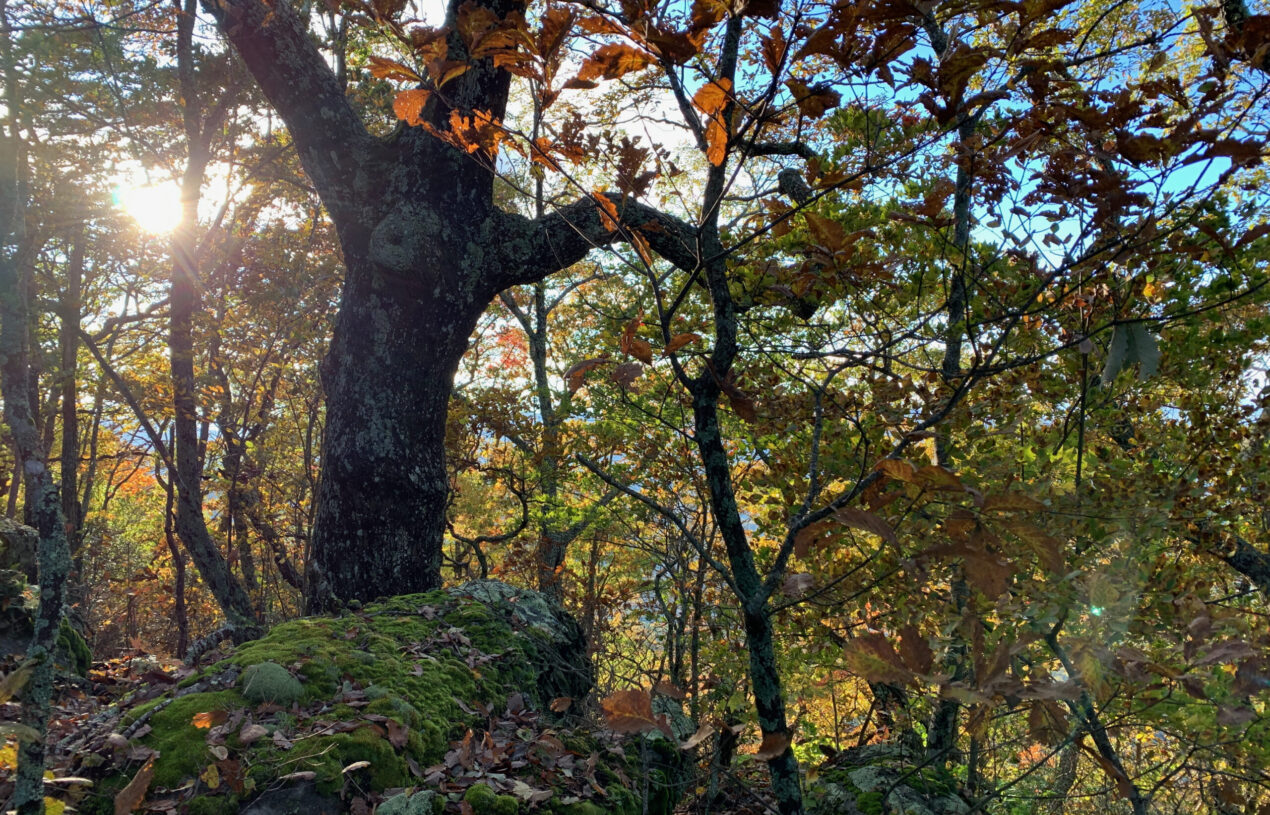 Last weekend, friend Sean Brittain and I went to the campsite with the goal of skidding as many logs as we could manage to a staging area. We were blessed by good weather during the hike and arrived happy and dry. However, it was cold and misty at the site, which was deep within the cloud layer, so we opted to set up a lean-to straightaway. We were glad that we did when it rained off and on for the rest of the day.

We sat out a shower in the lean-to, but after a while (as we got colder — temps were in the low fifties), we decided to turn our attention to the work for the weekend.

Our goal was to move as many logs as possible from the woodlot to the staging area. We tackled the mountain with the power winch, chainsaw, carabiners, snatch blocks, chains, and straps. Our basic plan of operation (which we used throughout the weekend) was to set up a winching point and then move as many logs as we could to that point before advancing to the next leg. In fact, just moving a log to a single point often required moving the winching point as the logs we were moving were all on a slope. That is, we often had to winch the log up the slope and then forward along the skidding track. If the log then rolled downhill again, we would readjust the rig and winch it back up to the track.

The first log we moved went smoothly, but the second one rolled over a large rock that we had hoped to use as a guardrail. This one we had to winch upslope a second time. Eventually, we discovered that by setting multiple winch points and moving our winching rig we could, with relative ease, change the direction of any given movement.

We also experimented with the rig itself. For the first time, I had two double snatch blocks, acquired from the Portable Winch Company and rated to 90 kN. These allowed us to increase pulling power fourfold. I estimate that some of the logs we moved weighed as much as 2500 pounds each. And, of course, the pull on the winch was further increased by the drag, including the buildup of soil in front of a log being dragged along the ground when the skidding cone could not be properly attached.

On one occasion, we experimented with using just a single snatch block on the log and another one on the winch point, using a relatively heavy log (i.e. 2000+ pounds). The winch I am using is rated to 1600 pounds for a single pull and 3200 pounds for a double pull (i.e. two single snatch blocks). However, under the circumstances (double pull) it failed, which shows how much drag there was on that log. We used the cone as much as possible to reduce drag.

In the two days we were there, Sean and I managed to move six logs an average of perhaps 100 feet each. This included three logs that were on the skidding track, but, because of the slope, these logs needed periodically to be winched uphill as well as along the track. The other three logs were sections of a single tulip poplar tree that had been felled perpendicular to the contours of the slope (i.e. the fallen tree was pointed downhill). We cut this into three sections based on the elongated S-curve in the trunk. The first two sections were each about fourteen feet and the last section was about 25 feet. Because of poor weather and the need to attend to camp chores we were able to work perhaps eight hours during the two days meaning that our rate of work was approximately 6×100÷8=75 feet of tree movement per hour.