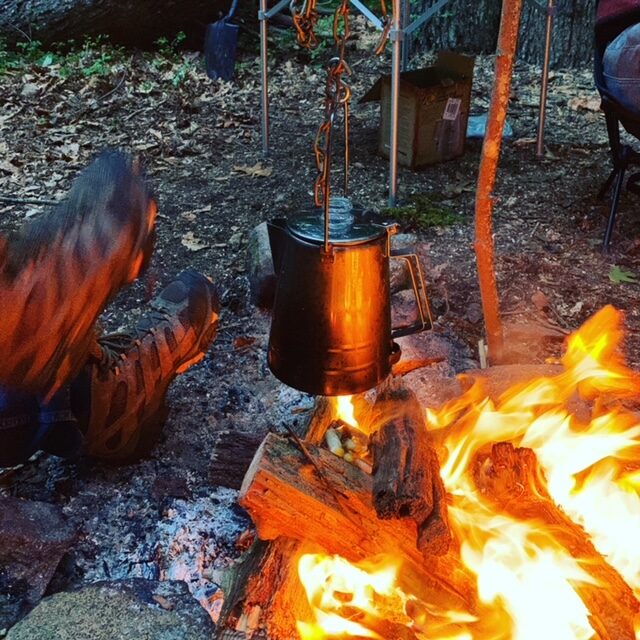 Before starting on my cabin project, I spent about eight months reading books and blogs and watching YouTube videos. Interestingly, I didn’t find as much detailed, practical information as I had expected. Some sites, including those that come to the top of an Internet search, are too superficial. Others only address a part of the project. To be more precise, I think the information is all there on the web, but it is scattered across various blogs and forums. That is one reason why I decided to document my progress as The Hiawassee Project.

I was especially looking for tips from other people who had hand-built their cabins or had walk-in projects like mine. Here are some of my favorites.

Footnote 1: I don’t know any of the people mentioned below, but I would love to meet them.

Footnote 2: These are just a few of a couple of dozen sites that informed my project. I will try to add more content to this post from my notes and ongoing research.

Aaron and Jill in Alaska

From 2004-2006, Aaron and Jill Bork hand-built a walk-in cabin in Alaska, sometimes accompanied by Aaron’s brother Adam. Jill documented their process in a blog that was both informative and inspirational to me. I love about the blog that it shows the work as it was actually done. The photos haven’t been composed or touched up for Instagram and other social media. It was from their blog that I learned the indispensable trick of using storage bins lashed to a pack frame to move materials and supplies to my site

Aaron and Jill’s project is discussed on a number of Internet sites, but I find Jill’s original blog to be the most informative. According to their web pages, Aaron and Jill now have a family and a company, Montana Antler Works, and split their time between Montana and Alaska.

Fred Beal’s website isn’t extensive, but it’s a very good source of practical information on one key feature of log cabins, namely notches. On his website, Fred gives away log cabin plans, sells log cabin plans, and sells plans for making a jig for cutting half dovetail notches for cabins made from 2, 3, or 4-sides logs. According to Fred, the half dovetail is the best kind of notch because the slope of the notch will always direct the water to the outside face of the log, unlike other notches that trap water leading to rot. I plan to use Fred’s jig on my cabin.

To me, what was inspiring, however, was his walk-in log cabin build in Montana. There’s a lengthy thread about it on the Forestry Forum, which he later followed up with the eleven-minute YouTube video shown below. Fred’s archaeological discoveries in an old mining claim are just as fascinating as his log cabin.

Shawn James, writing and producing as “My Self Reliance“, is a viral Internet sensation. His videos are both practical and beautiful. I haven’t watched all of his videos, which are distributed under two different channels. My Self Reliance is his collection of nearly silent videos. Shawn James Off Grid is his instructional channel. But, what I have watched I have enjoyed.

Here’s one of the videos from his first channel.

Nik Rijavec is mesmerizing. Nik captured his log house build in a series of silent films distributed over several seasons. As with many cabin builders, he works primarily alone. The cinematography is spectacular. I was captivated by his first scene in the following video, which shows the cutting, hauling, and preparing of logs for the house. Equally interesting is that he documents his problem-solving. The thought he puts into some of the temporary structures he builds to support his main project rival what other people put into their primary projects. Clearly, Nik’s home is built to last. It is a beautiful project in a beautiful setting.