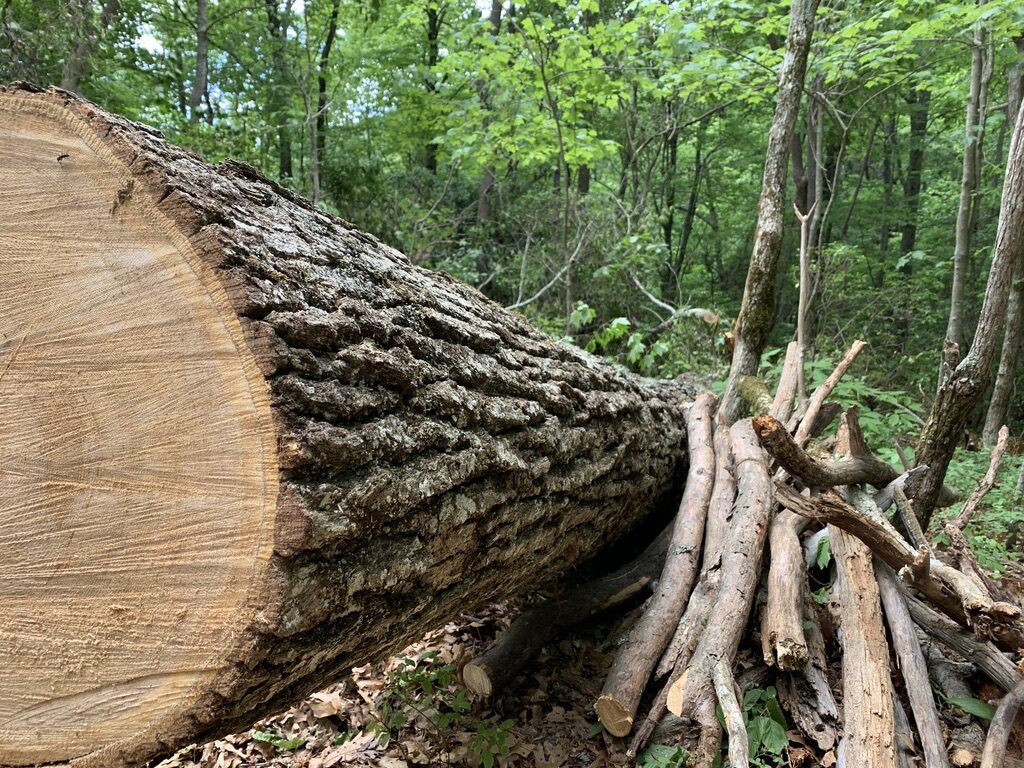 The mountains call to some of us in an unusual and irresistible way. In college, for one year, I lived in a log cabin on the top of a mountain. For me, it has not been practical to live in such a way ever since. But the pull of the Appalachian highlands has remained.

About three years ago, I seriously began to search for the “right” cabin. At the time, I was looking for a turnkey. My plan was to find a place where I could take my kids right away. By monetizing as a VRBO, I schemed, I could perhaps cover my expenses. Though I know it now, I did not then realize that this was rationalization. But, then I stumbled across a very different sort of property.

The property I bought is a high elevation parcel of about 40 acres in Towns County, Georgia outside the town of Hiawassee. There are no utilities. There is not even a road. I have only a few ways to access it. The easiest requires a hike of about two miles through the national forest, in a place where there are no trails, with an elevation gain of about 1000 feet. It would be hard to overstate the complexities of building in such a place.

I was not looking for vacant land and I certainly was not looking for something so inaccessible. But, in so finding that which I did, I learned something about myself, that the reason I had not been able to find the right cabin was that it did not exist. Moreover, it did not exist not because there were no available places in Southern Appalachia (Zillow shows that, in fact, there are quite a few), but because for me, evidently, the right place would need to be one I fashion myself.

Thus was borne the Hiawassee Project. I would like eventually to build a house. But, for now, my ambition is more modest. To be sure, not particularly modest in any absolute sense. I expect the inaccessibility, lack of utilities, and my inexperience will present many complications. Despite this, I am either foolish, or stubborn, or determined enough to get underway. I plan to use this blog to document my process.