Home › Hiawassee Project › Getting there 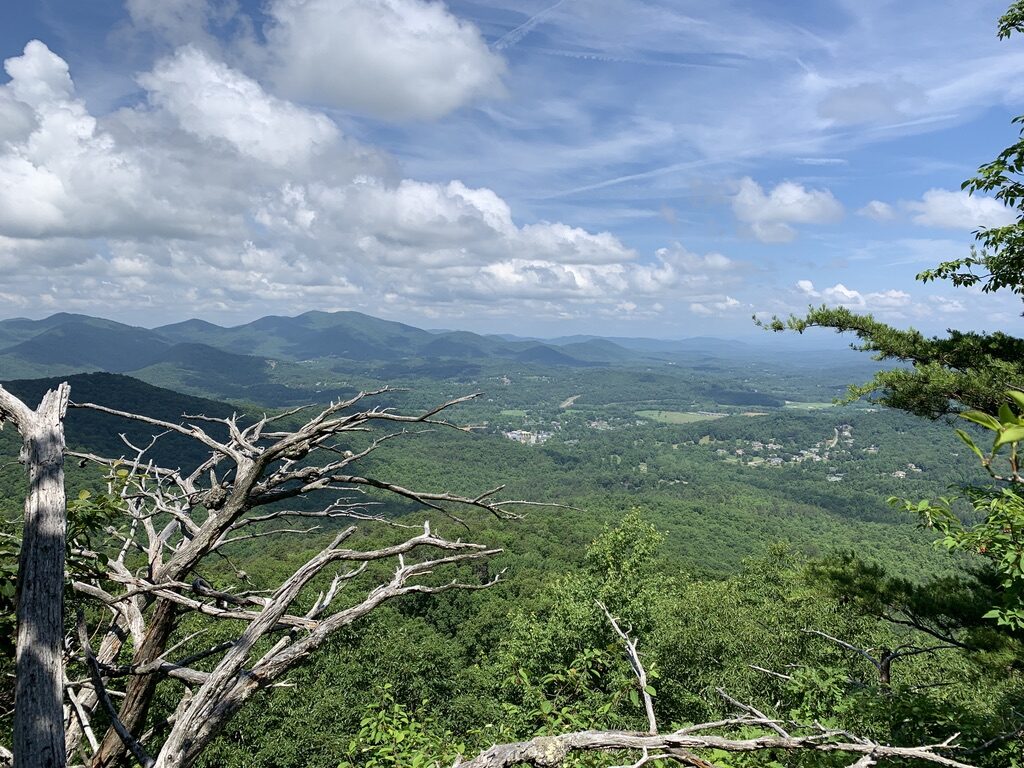 My cabin property is landlocked. Three sides are bounded by federal land and the fourth is private. I know the private landowner and have his permission to walk it when I have need. But there’s no road access to his property either and besides which it is too steep for practical purposes.

Regardless of what path you take, getting to my place is a considerable hike. At one time or another, I’ve approached it from almost all directions. The path I currently prefer starts at the base of the eastern slope of the mountain. I hike to a gap on a roadbed that hasn’t been maintained for the past eighty years but is still visible and relatively easy to follow.

From the gap, I hike the ridge to the top of my place and then descend from there to the cabin site. It is easy to find the way going up. One just follows the path with the greatest gradient. Going down is slightly trickier as there are two places where the main path coalesces with a secondary ridge. Going up, one is always funneled in the right direction, but going down there is a branching of the ridgeline that is almost imperceptible. I’ve been misled by this topographic legerdemain more than once and was faced with either backtracking some several hundred meters uphill or else dropping down a steep gully and climbing up the other side to regain the proper path. I am stubborn enough that each time I chose the second option even though it is arguably the more difficult.

From car to campsite, the hike is about two miles and gains a thousand feet or so of elevation. How long it takes depends on what I am carrying. With a reasonably light load, say forty pounds or less, I can make the trek in 75 minutes. On at least two occasions I have made the trip twice in a day to ferry supplies.

Only once have I brought anything other than what I could carry on my back. That time I was joined by Luke and Scott and we used Luke’s game cart to ferry some pressure-treated posts to be used for the cabin foundation.

The cart probably weighed 120 pounds. Even with three of us, it took four and a half hours to get to the site. The following clips give some sense of what it was like.

After that trip, I elected to carry the remaining four posts. A different weekend I went up with my friend Tom and two of his teenagers. Tom and I carried posts while the kids took food and gear. Here’s a picture showing our rigs. The one on the right is a hunting frame from Timber Ridge that I bought on Amazon. The one on the left is an old aluminum frame salvaged from a c. 1970 boy scout backpack that my brother Peter had. The salvaged frame doesn’t have a shelf, so we rigged a fabric bag by running the waist straps of the pack frame through the handles of the bag to keep the post from slipping out of the lashing. This setup worked just fine and we ferried the four posts in two trips up the mountain.

The lesson learned here is that it’s easier to carry many smaller loads than to move a lot at once.