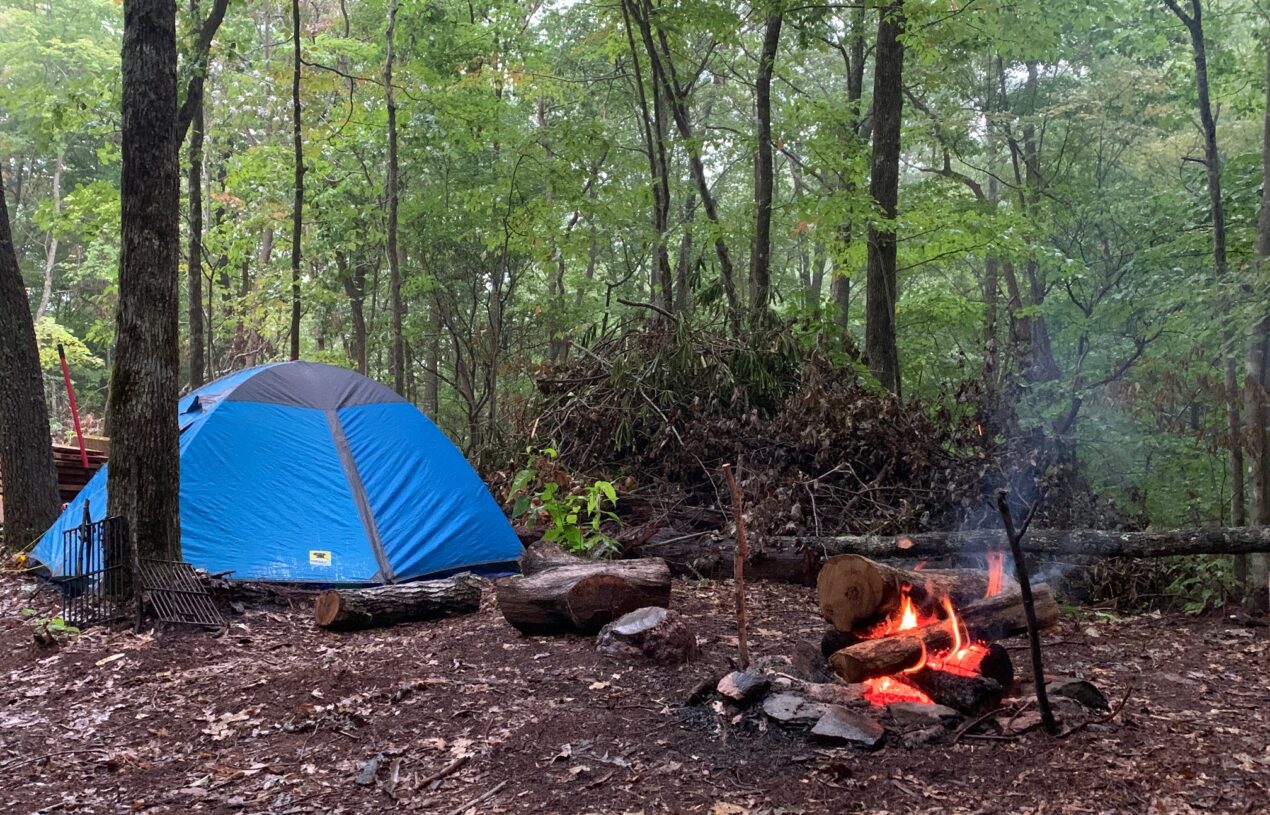 With the increasing number of visits, my camp more and more looks lived-in. Partly this is due to improvements made during the odd hours of recent visits.

Perhaps the most useful is the lean-to, which has become the center of camp. After experiencing multiple summer afternoon showers, I decided that I needed at least a quick way to set up a shelter. The structure itself isn’t complicated, but just a horizontal beam lashed to two trees. A tarp may be quickly fitted over three screws and tied down in the back, providing short-term shelter for at least three people and gear. On more than one occasion we’ve had dinner in the lean-to and I once slept in it, not wanting to set up a tent in the rain. A scrap from the mill provides a combination storage shelf, workbench, and countertop, which can be seen in the background of the first photo below and straight on in the second photo. A heavy log turned on end is a permanent table. The ends of the beam hang a wet shirt to dry or a lantern to brighten the campsite after dark.

Another structural improvement is a small platform a couple of hundred feet from the camp, straight downhill from the lean-to and blocked from view by a curve in the ridge. The platform serves double duty as a platform for both the luggable loo and the sun shower. It’s not a complicated structure, but I was pleased with the first structure built entirely from boards I had milled. There’s not much level terrain on the site. This platform faces down the cove, providing a lovely view of the woods which fall away quickly.