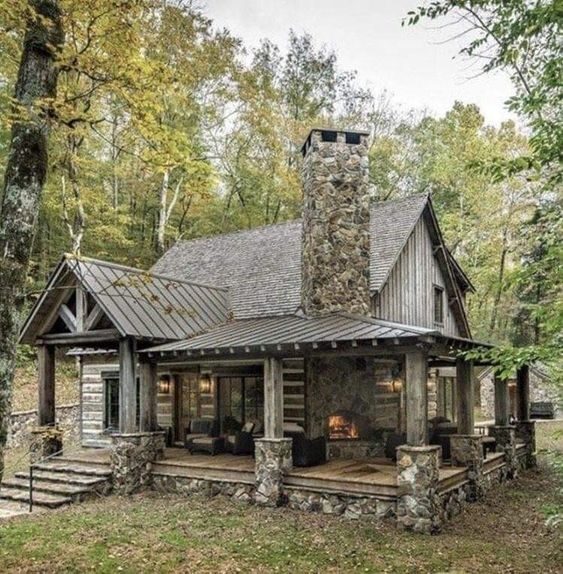 I spent much of the winter thinking about what would be a practical strategy to building. As I’ve mentioned before, my place is walk-in only and not easy to access. I hope eventually to get permission to build a road and a proper house. I decided in the meantime to build a much smaller structure that will initially serve as a cabin, If I ever succeed in building the house, then the cabin will become the workshop.

I considered a couple of different ideas for the cabin. For instance, I looked at rebuilding a dismantled log cabin. However, my first serious plan was to build out a 12×24 prefabricated woodshed. I envisioned that prefabrication would speed up the process. Also, there are several pre-built modifications that I like, such as a shed dormer with windows to let in additional light. Of course, the lack of access was an issue. I started to investigate the possibility of a helicopter drop. I know they use a helicopter to resupply the Mt. LeConte Lodge in Great Smoky Mountain National Park. I tried to figure out what it would cost without asking for a quote directly, as I was worried about not being taken seriously. (“Hello… yes… I’m seeking a quote for moving roughly 10,000 pounds of building materials to the top of a mountain. Yes, I’m trying to do this as cheaply as possible.”) And, I don’t imagine there are a lot of firms that provide this service.

A friend of my brother’s flew helicopters in Afghanistan and tried to ask around for me, but he didn’t get anywhere. Based on what I saw posted in various forums, etc. I concluded it would probably be from $6k-$20k depending on what type of aircraft, how many trips would be required, and what the commuting distance would be from where the aircraft is usually kept. (I may be way off here, as I never did get a quote.) I didn’t think this was completely out of bounds, but then I started running into other obstacles.

I had already spec’d out exactly what I wanted with one supplier from North Carolina. But, when I called them to ask about the weight (so I could see a quote on the helicopter) I learned that they had dropped the supplier that provided the particular shed I wanted. They referred me to another dealer. This dealer had the shed I wanted, but would only provide the shed fully built. I wouldn’t have minded assembling it myself, but they wouldn’t allow is and they wouldn’t entertain the idea of flying in the materials and then hiking in to build it. So, I turned to the box stores, which ordinarily supply kits for the consumer to build. In my case, none of the kits that met my specs were available, presumably due to either the shortage of lumber or the lack of manufacturing from COVID closures.

I was anxious to get going and also disappointed with the number of design and quality compromises that would be in store if I continued down the pre-fab route. Also, I still hadn’t solved the helicopter delivery problem. So at this juncture, I changed tack and decided to build with whatever materials I could harvest from my property or hike in on my back.

I have taken down a few trees around my home or when camping, but I don’t have any experience with even small-scale logging. I was aware of the general principles of log cabin design, issues with building with green vs seasoned logs, etc., and so it was clear to me that I needed more information. I spent many nights perusing the Forestry Forum, which I found to be a fantastic resource.

Having committed to hiking in whatever supplies I would need imposed new design constraints, especially with respect to the foundation. There is a fair amount of stone near my cabin site and I considered either a continuous dry stone foundation or using slip forms. Slip forms were out of the question when I realized how much concrete I would need and I rejected the dry stone method after calculating how much stone would have to be hauled by hand up from the closest creek bed. In the end, I elected to go with a pier foundation which I will write about another time.

So far I’d made two commitments that would not be up to the universal building code: building with ungraded timber and a pier foundation. Not wanting to be stymied later on, after which time I would be much further along, I placed a call to the building inspector to explain my plans and ask if he had any objections. He said he didn’t as long as the place wouldn’t be used as a residence and that there was no plumbing.

Now that I wasn’t bound by the constraints of prefabricated structures, there would be a lot more flexibility in the overall design. So I went back to the drawing board.

I decided to shorten the cabin to 12×20 for a couple of reasons. Note: I refer to the design as 12×20. In common usage that would refer to the exterior dimensions. In my case, however, that is the interior dimension, chosen in case I ever decide to use dimensional lumber for joists, floor boards, etc. I don’t expect to, but it seemed to me to plan for the possbility.

The most important is that having decided to build with logs introduced some new variables. For instance, finding straight logs twenty-four feet long seems like it might be a challenge. Actually, even finding twenty-footers could prove problematic, but at least easier than twenty-four-footers. Related, I used some green wood calculators on the internet. It turns out a twenty-foot beam is really heavy (and my ridge beam will need to be twenty-four feet), even for poplar, which is what I propose to use for the walls and some of the structural beams. (My property also has a fair amount of white oak and chestnut oak, which I plan to use for joists, floorboards, trim, etc. Needless to say, oak is even heavier than poplar, but about 50%.)

The floor plan is simple. There will only be one room. I’m planning for a sleeping and storage loft to extend about one-third of the overall length. I want to have a lot of doors and windows, both to bring the outside in and for light since this structure will be entirely off-grid. I want to take an ATV to the site and will park it inside when I’m not there. To facilitate this, I’m planning to have a large set of double doors at one end of the cabin.

Of course, there are lots of other considerations — details of the foundation, wall structure, floor system, roof system, doors and windows, finish, and so forth. I have lots of ideas about these, some of which are sure to change as my project progresses. I plan to write separate posts about these as I go along. Feel free to make suggestions or ask questions in the comments.